Over the weekend I had the pleasure to be among the first several thousand guests at PizzeRizzo, the new Muppet-themed restaurant at Disney's Hollywood Studios in Orlando. There are several "easter eggs" hidden around the place, for the delight of Muppet geeks like myself. Here are a few:

The animated neon sign outside proclaims "THE CITY'S TOP RATED PIZZA". But every now and then some of the letters flicker off, making the sign momentarily read "IT'S RAT PIZZA"! The flickering lasts about 12 seconds, and happens approximately once per minute. So if you just happen to glance up at the sign for a few seconds, chances are you'll never see the secret message! 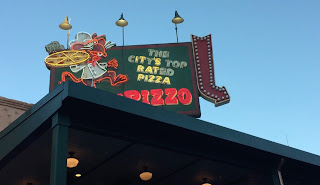 Tucked away on a shelf in the main lobby area is an ancient can of Wilkins Coffee. And finally, the most incredible, subtle, layered easter egg I've ever seen anywhere: Upstairs at PizzeRizzo is the gloriously tacky "Rizzo's Deluxe Supreme Banquet Hall". Outside the Banquet Hall there's this sign: 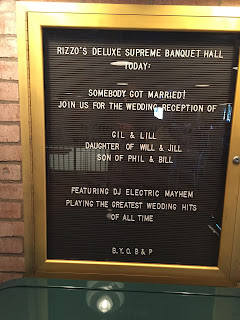 This is an easter egg reference to The Muppets Take Manhattan, where Kermit encounters advertising executives named Jill, Bill, and Gil. Cute, huh? Ah, but underneath! If you look very closely, beneath the changeable letters on the sign, through the faux fading and dust, you'll see that this sign used to read: Pa Otter Memorial Service with tribute performance by The Frogtown Hollow Jubilee Jug Band. 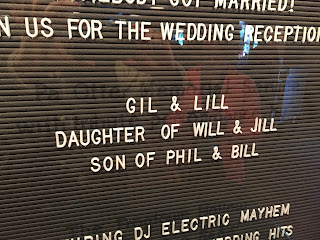 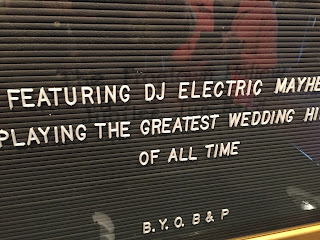 You can read all about Pa Otter here. Kudos to the PizzeRizzo designers for including such an incredibly subtle, even touching, reference.