Jim Henson Was Not Left-Handed.

Jim Henson is included on many lists of "famous left-handed people". A lefty myself, I would be proud to share this trait with Jim Henson. But he did not puppeteer left-handed, and he did not write or draw left-handed, so there is no basis on which to claim he was a lefty.

With very few exceptions, puppeteers of hand/rod puppets like the Muppets put their dominant hand inside the puppet's head. There are thousands of photos that demonstrate Henson used his right hand for his characters' heads, like this one: 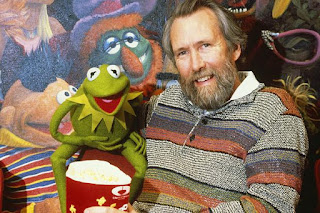 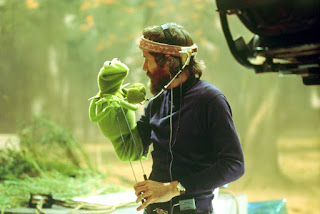 But hey, what about this one: 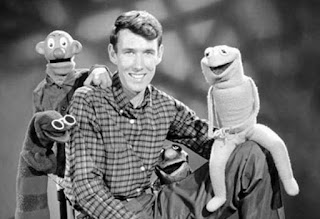 He's using his left hand there, yes? Actually, no. As could very easily happen back in the old days of film and negatives, this photo has been mirror-flipped. You can tell by the way his shirt buttons, and where the pocket is, and the direction of his hair part. It should really look like this: 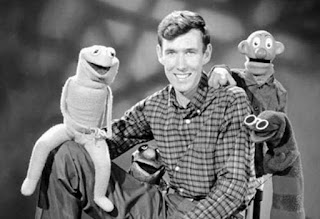 Okay, so Henson puppeteered right-handed. But what about writing and drawing? Well, here's a clip from the 1968 film "Muppets on Puppets", where Henson draws with his right hand as he talks to puppet builder Don Sahlin:


Here's a one-minute clip from 1994's "The World of Jim Henson" with ten shots that show him holding and using a pencil with his right hand:

'Nuff said. So, how did this Henson-was-a-lefty rumor get started? Perhaps it is based on the fact that most Muppet characters seem to be left-handed. This is most obvious in a group like the Electric Mayhem, where characters play guitar "backwards", like left-hander Paul McCartney does: 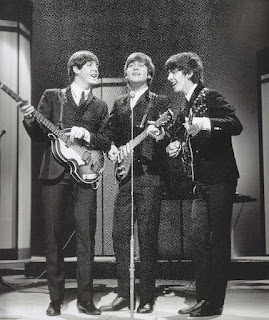 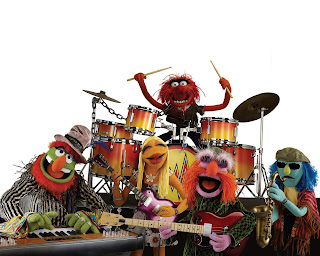 Hence, most Muppet characters seem to be left-handed, and I suppose this has led people to assume this means the puppeteers are too. While there are left-handed puppeteers who have worked with the Muppets (like me), just like the general population, Muppet performers are largely right-handed. And so was Jim Henson.