Moonlighting from the Carnival

Nashville Public Library recently acquired three puppets that Tom Tichenor created for the original Broadway production of Carnival: Carrot Top, Horrible Henry, and Renardo. For the Nashville International Puppet Festival last month, it was decided that we would present a 10-minute scene from the musical, to showcase the puppets. We borrowed a Marguerite from another set of Carnival puppets which were created under Tichenor's supervision, and went to work.

Here is the result, performed live at the festival, with Rosemary Fossee as "Lili" and me puppeteering and voicing all four puppets. (Special thanks go to my unseen assistant Rebecca Harwood, who was busy pulling the puppets on and off my hands as the show went on.)


It was a thrill and an honor to perform these characters, following in the footsteps (handprints?) of Jerry Orbach, with whom I worked in a Beauty and the Beast concert at the Waldorf Astoria in 1992. (I sang the part of Gaston, with Jerry of course as Lumiere.) 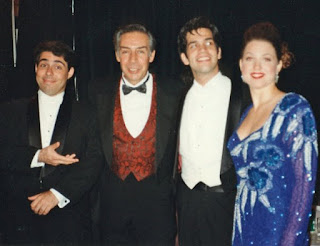 During my research, I uncovered a couple of interesting things. The Shari Lewis Show appeared Saturday mornings on NBC, from 1960 to 1963. Jerry Orbach made more than a dozen appearances on the show, performing the Carnival characters in various adventures with Shari and her puppets! 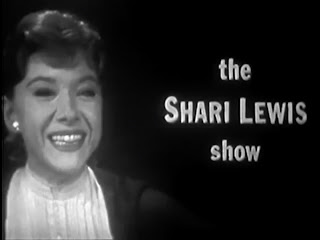 Here is a list of the episodes Orbach apparently appeared on, with synopses where available:

3/17/62: Horrible Henry’s House Show
Horrible Henry and Carrot Top turn Shari’s house into a shambles when she invites them to stay with her.

6/9/62: Hayes and Henry Show
Bill Hayes visits the show, and Horrible Henry and Carrot Top try ruses to have him sing into their “hidden” microphone so they can sell the record.

5/4/63: Invisible Man Show
Shari and Jerry Orbach try to figure out if an invisible man really exists on a carnival midway.

There's a brief clip from one of the episodes at 7:30 here:


It's so weird to think of these characters "moonlighting" from their regular jobs on Broadway. But while all that was going on, and also on NBC, Tom Tichenor himself performed Carrot Top, Horrible Henry, and Renardo on the 12/20/61 episode of Perry Como's Kraft Music Hall! 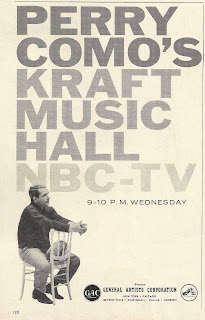 As Jack Gaver reported for UPI:


This has been the most successful year Tom Tichenor of Nashville, Tenn. has experienced, yet there has been a little frustration involved.

His puppets have been a huge success, but he hasn't opened his mouth in their behalf. A puppetmaster doesn't mind being unseen by an audience — that's an essential of the calling — but he does like to be heard.

Tichenor will get a big chance to wipe out the frustration the night of Dec. 20 when he and the famous puppets he created for the Broadway hit musical, "Carnival," appear on Perry Como's NBC-TV hour at 9. Tichenor will manipulate Horrible Henry, the Wonderful Walrus, Carrot Top, a peppy boy, and Renardo, the fox.

"We will do material especially prepared for the television show by Como's writers," Tichenor said. "For some reason, they didn't want Marguerite, the opera-singer puppet we use on the stage. I'm a little sorry about that, and, of course, Marguerite is pretty mad at being left out."