I am, as I have previously stated, a big fan of Fantagraphics' republishing of Walt Kelly's Pogo comic strip. In the second volume, I was interested to see the last panel of the strip for September 15, 1952. One corner of the panel has clearly been redrawn and relettered, and rather crudely and inaccurately. I don't know if this is how the strip was printed in all newspapers (i.e. the damage happened somewhere between Kelly handing the strip off to the syndicate and its being published), or if the damage only happened in the particular newspaper that Fantagraphics referenced for that strip.

But the same panel appears, perfectly intact as Kelly wrote and drew it, in the book The Pogo Papers. For the sake of anyone who might have noticed this in the Fantagraphics book, below are both versions. (You'll see that in the Pogo Papers version, there's a great deal more detail in the line work as well.) 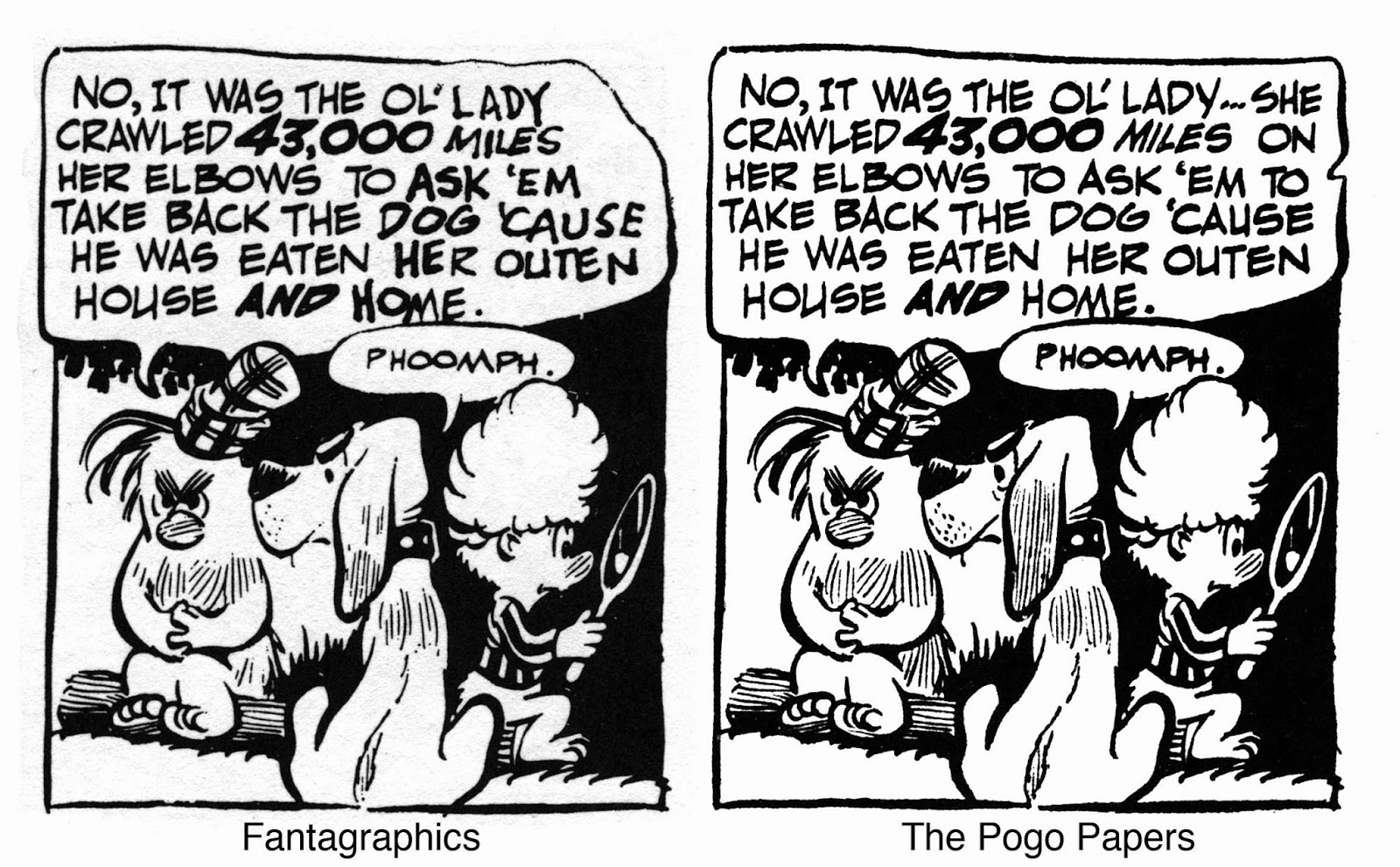